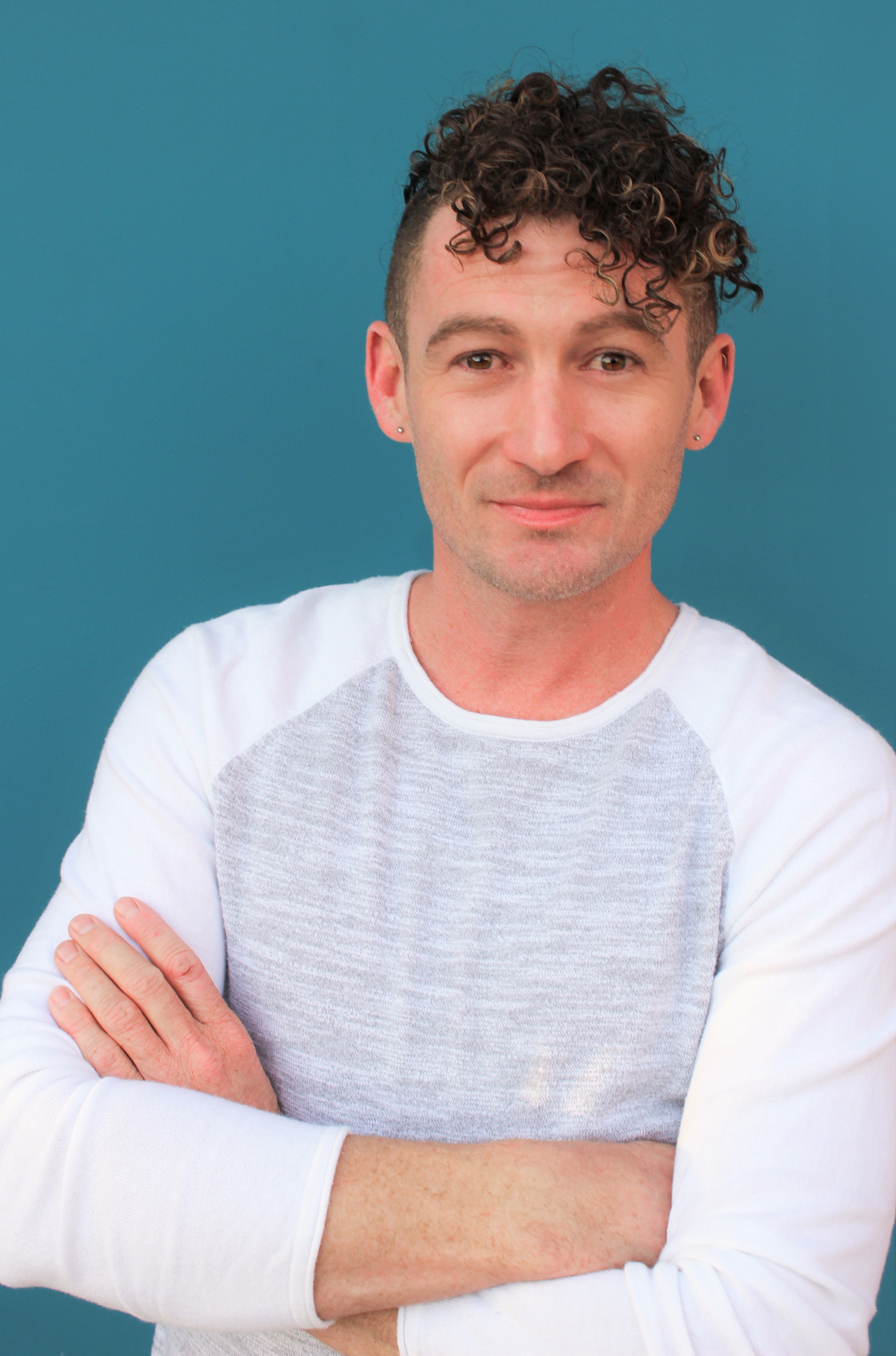 This is Nick's third show with Ogden Musical Theatre and he is delighted to be playing a dream role on The Egyptian stage. Nick is co-owner of Kaffe Mercantile by day and enjoys performing in various venues by night including Centerpoint Legacy, The Grand Theater, Hale Center Theater, and The Ziegfield. Nick was most recently seen as Juter and Billy in Musical of Musicals at The Grand Theater. Past Credits; Peter Pan (Smee), Thrill Me (Nathan Leopold), The Full Monty (Malcom), Singin’ In The Rain (Cosmo Brown), Wizard of Oz (Scarecrow), The View Upstairs (Dale), Ragtime (Harry Houdini), Xanadu (Thalia), Pirated! (Tony), West Side Story (Baby John), 42nd Street (Andy Lee). Thanks to friends and family for their constant support and encouragement! 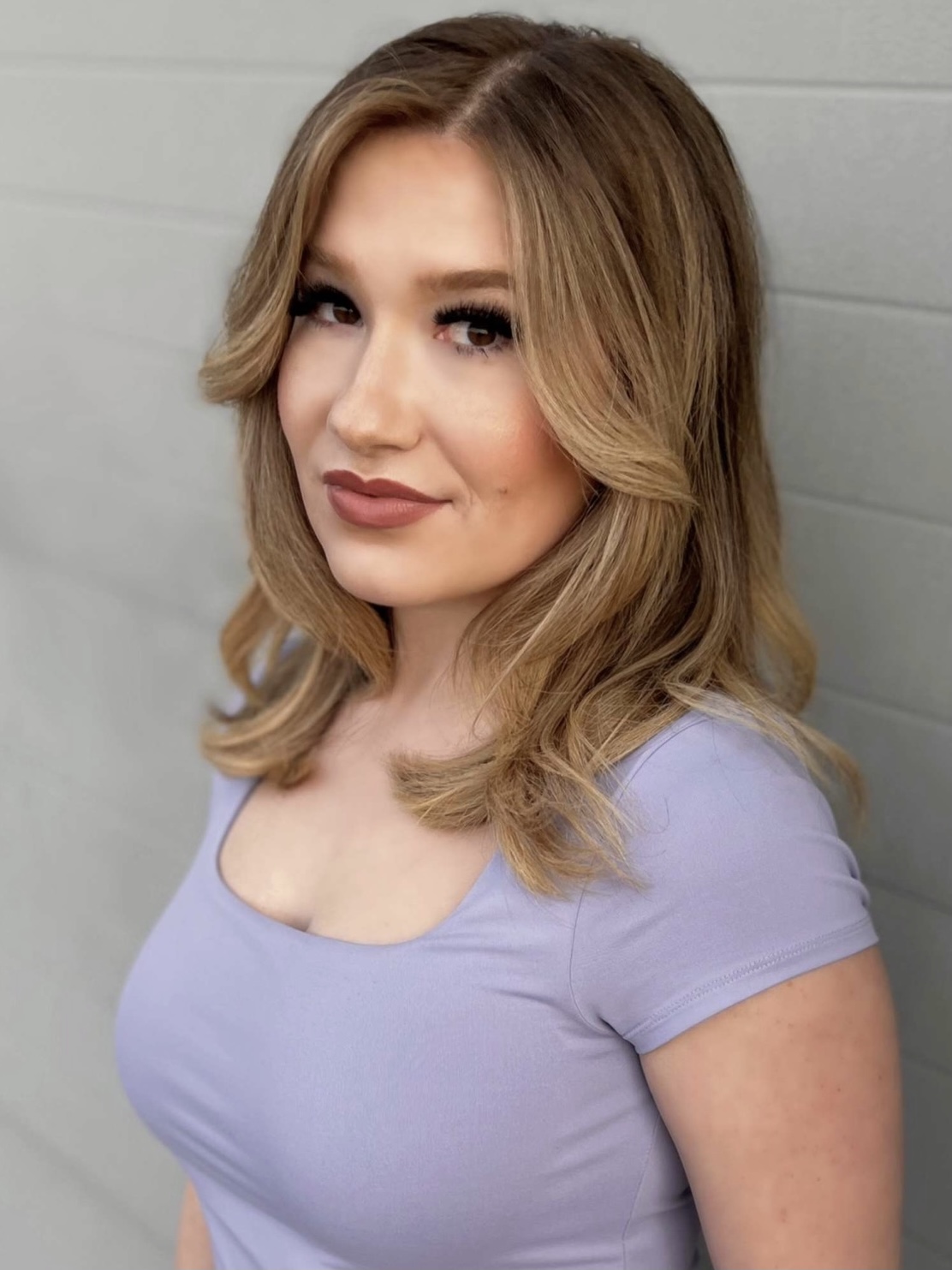 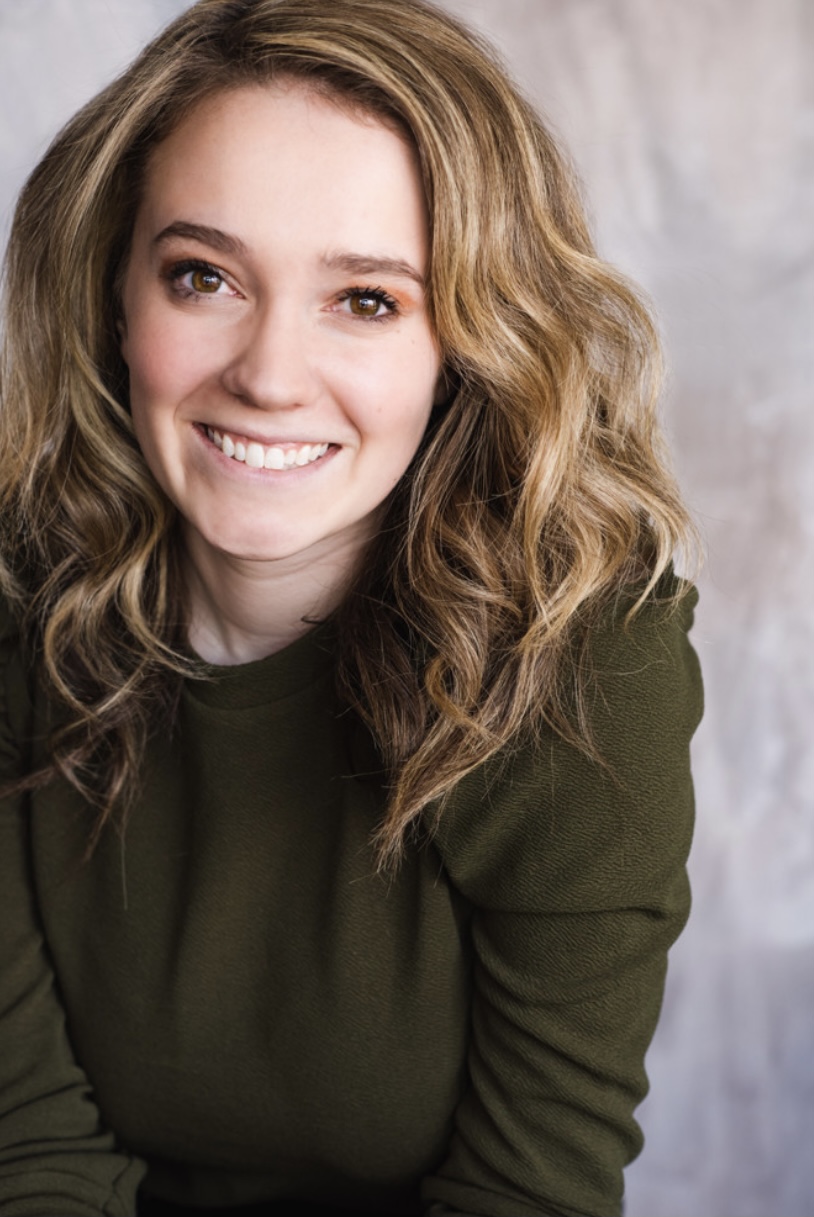 Allie is thrilled to be making her debut performance on the OMT stage as Cinderella! Past credits include: Newsies (Katherine Plumber), Legally Blonde (Elle Woods), and The Music Man (Marian Paroo). Allie is a sophomore at Weber State University where she is studying Musical Theatre. She would like to thank her family and friends for their endless love and support. 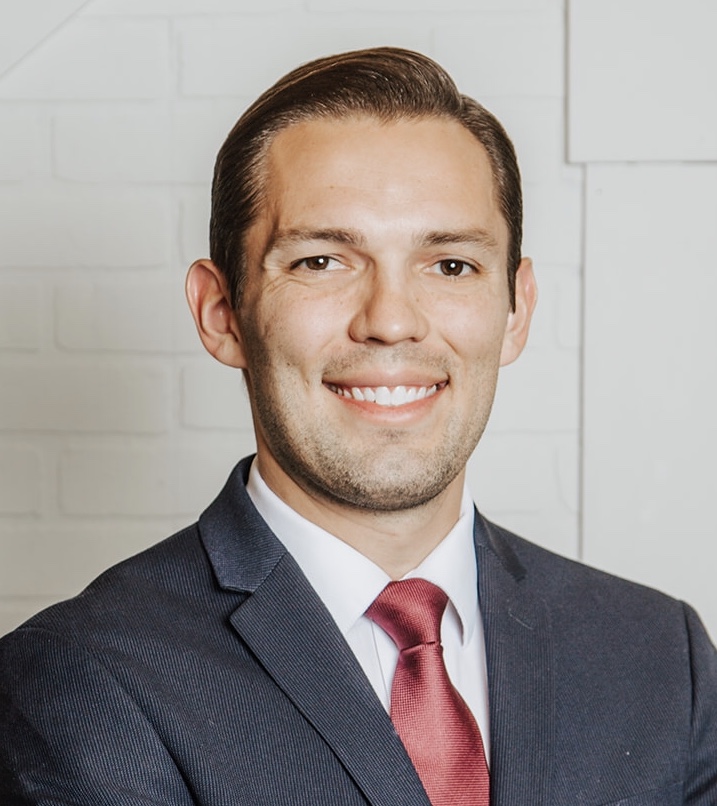 Nick is a married father of three and was last seen in Ragtime (Henry Ford). He has performed in several dozen theatrical productions on the Wasatch Front. His favorite productions include The Scarlet Pimpernel (Percy), Guys and Dolls (Sky), Dirty Rotten Scoundrels (Lawrence) and The Addams Family (Gomez). Nick is incredibly grateful to the hard working individuals who make community theatre possible, and to his family for supporting him. Jamie, Alia, Jonathan and Isaac: you're the best :-) 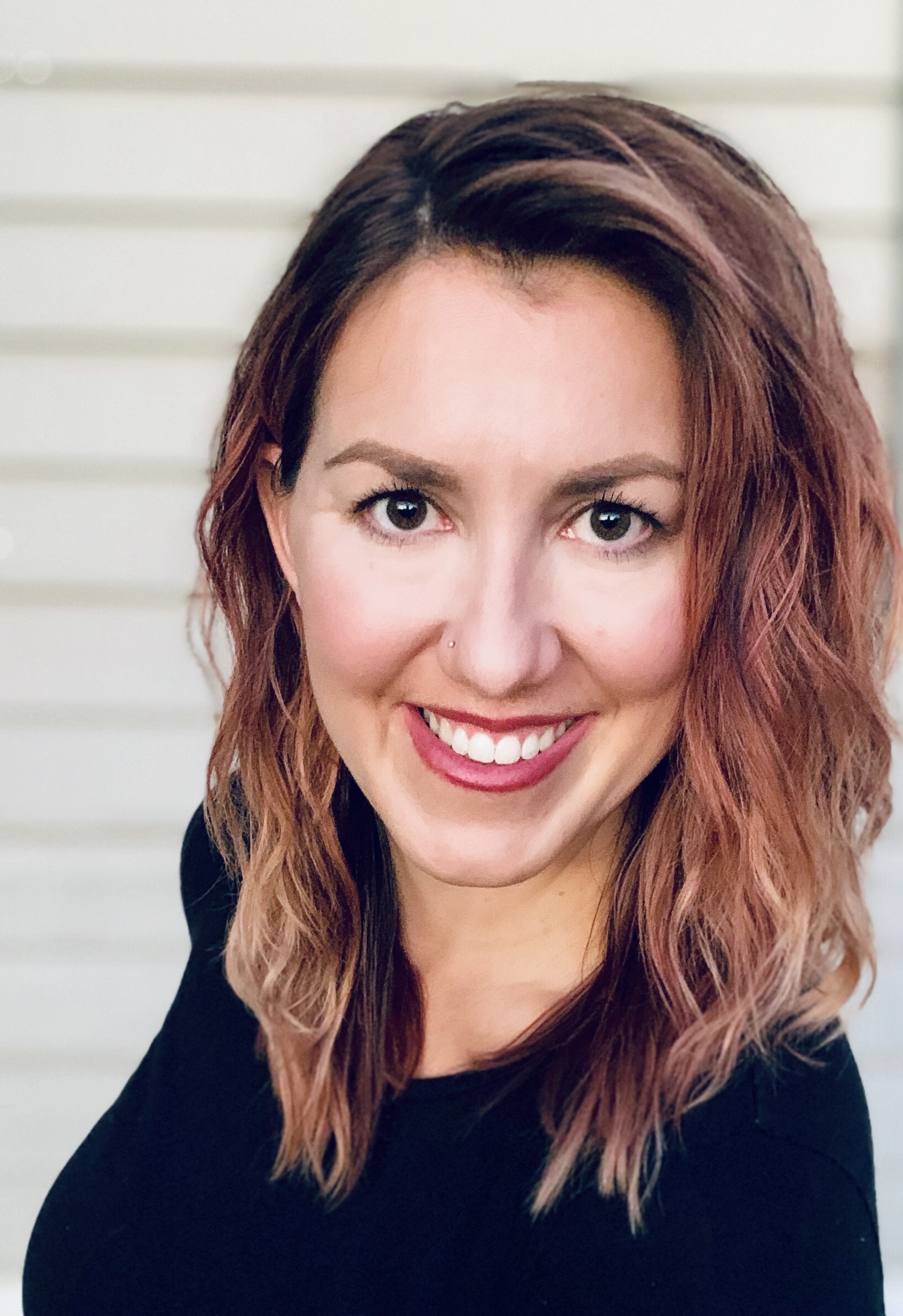 Heidi is thrilled to be joining the Ogden Musical Theatre family! Her credits include Catharsis Two and The Jungle (Marija) at Good Company Theatre. Mamma Mia (Donna), The Who’s Tommy (Mrs. Walker), The Fully Monty (Vicki), La Cage Aux Folles (Jacqueline), Dirty Rotten Scoundrels (Christine Colgate) Shrek The Musical (Fiona) and The Light in the Piazza (Franca) at The Ziegfeld Theatre and The Egyptian Theatre of Park City. Heidi has also performed at Tuachan, Tulsa Project Theater, and Scera Shell. Heidi's Theater resume also includes Music Director, Choreographer and Producer. She would like to thank her supportive family for their continual love and support of her passions. 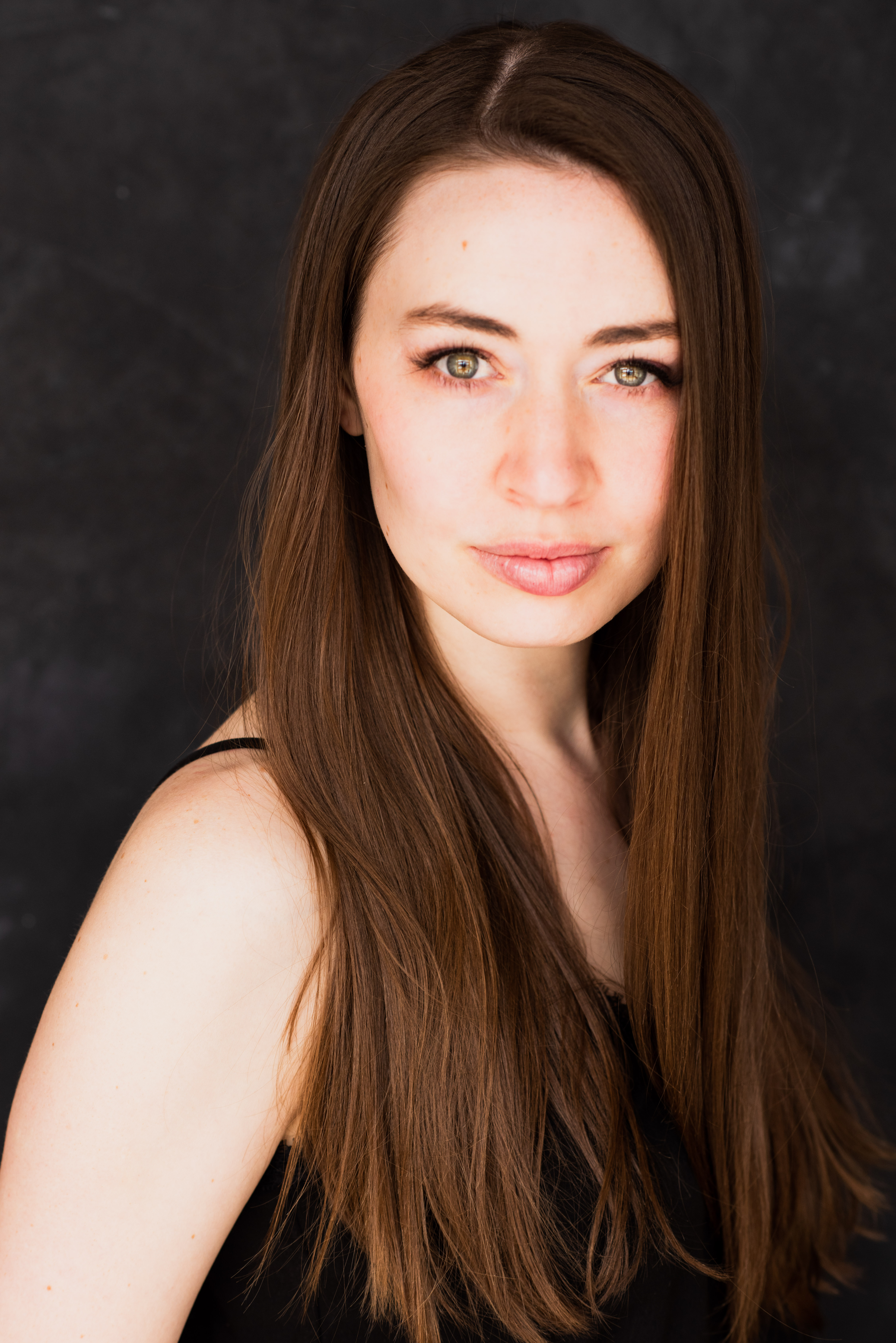 Allison is excited to be back at OMT in one of her dream shows! Allison holds a BA in musical theatre from Weber State University. She was last seen on OMT’s stage in Peter Pan (Tiger Lily). Some of her favorite rolls include Tess in Crazy for You, and Lila Dixon in Holiday Inn. 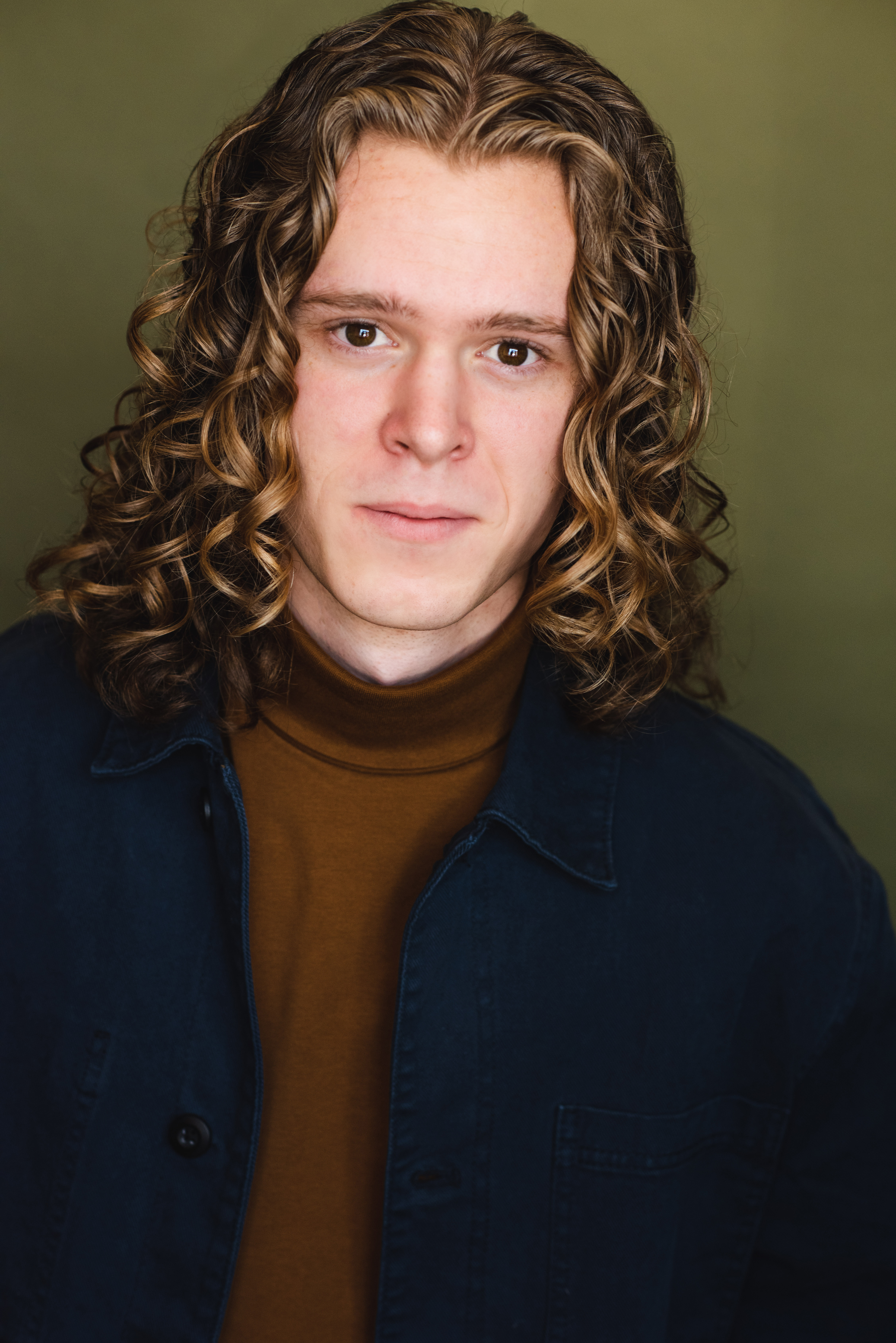 Taylor is so excited to be making his debut with OMT as Jack. His favorite past credits include The 25th…Spelling Bee (Leaf), Xanadu (Sonny), and Sweeney Todd (Sweeney). He has loved working with all of these delightful humans and hopes you enjoy the show! 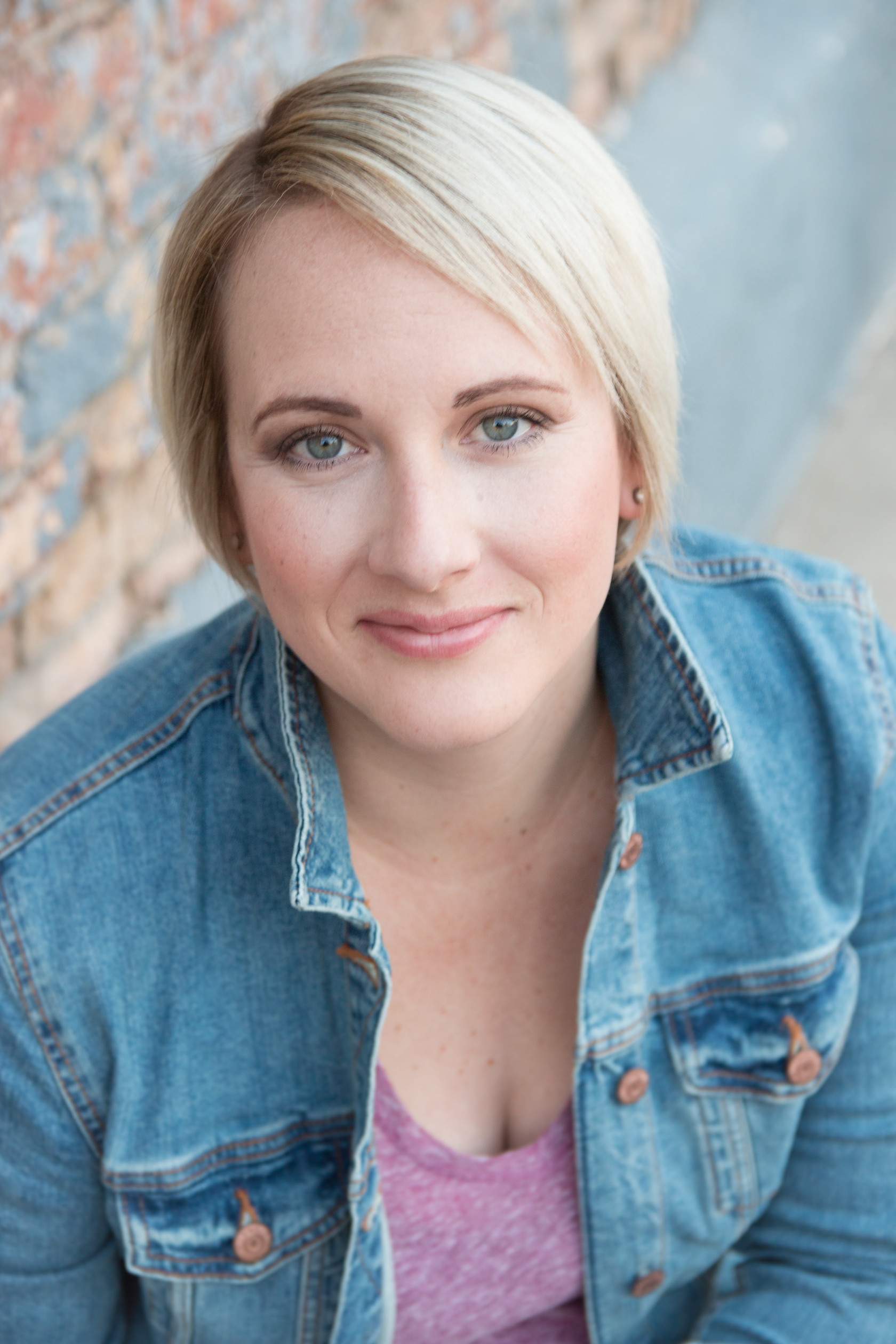 Shawnee Kennington is absolutely thrilled to share the stage with such a stellar cast for her first show with OMT. She was most recently seen on stage in Fun Home (Alison Bechdel) at Salt Lake Acting Company, Next to Normal (Diana Goodman) at the Ziegfeld Theatre, and Mary Poppins (Winifred Banks) at CPT. Shawnee holds a BA in Musical Theatre from Weber State University and is the recipient of 2 national acting awards through the Kennedy Center. She would like to give special thanks to Maddie, Ken, Marilyn, and always to Rich. “Sometimes people leave you halfway through the woods. Do not let it grieve you, no one leaves for good.” 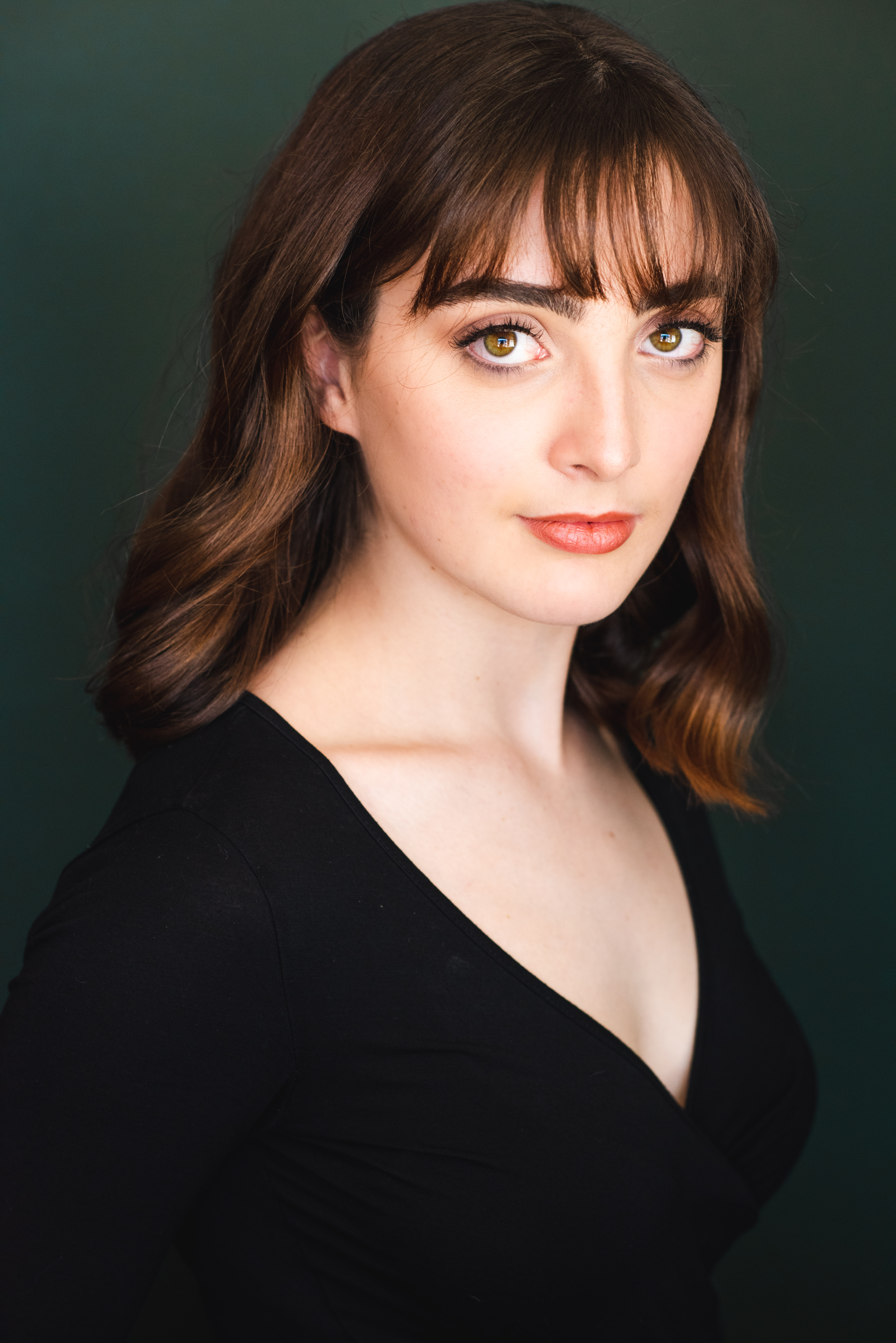 Jess is ecstatic to be going Into the Woods with OMT this summer! Past credits include Spring Awakening (Martha Bessell) with Pink Neon Productions, The Insanity of Mary Girard (Mary Girard) at Chapman University, Bright Star (Alice Murphy) at DaVinci Academy, Peter Pan (Wendy Darling) at Ogden Musical Theatre, and The Little Mermaid (Ariel) at the Ziegfeld Theatre. Jess is pursuing a BFA in Theatre Performance with a minor in Musical Theatre at Chapman University in California. She would like to thank her parents for instilling her with a love of stories. 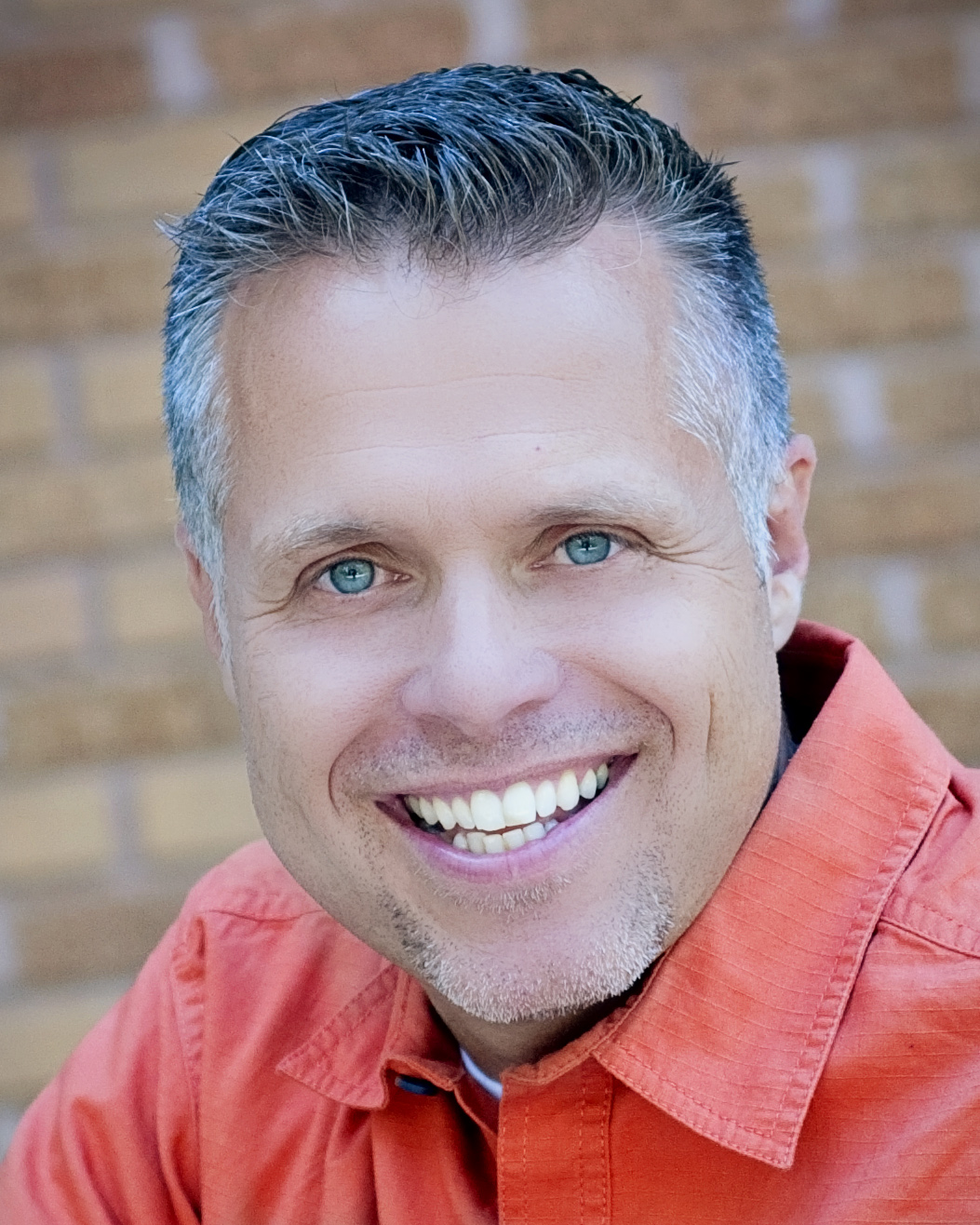 Mark has been a theatre educator for 25 years. He is a graduate of Weber State and Central Washington with a master's degree in Educational Theatre Production. He currently teaches theatre at Weber High School. Mark loves performing almost as much as teaching. Past credits include: FOREVER PLAID (Frankie) The Grand Theatre and THE GOODBYE GIRL (Elliott Garfield Grant) Hale Centre Theatre. He has performed and directed at Beverly's Terrace Plaza Playhouse and can been seen as Ebenezer Scrooge in SCROOGE, A CHRISTMAS CAROL each December. Mark was awarded the Weber School District's 2021 Teacher of the Year and loves the magic that his students create on the stage. This is for them! 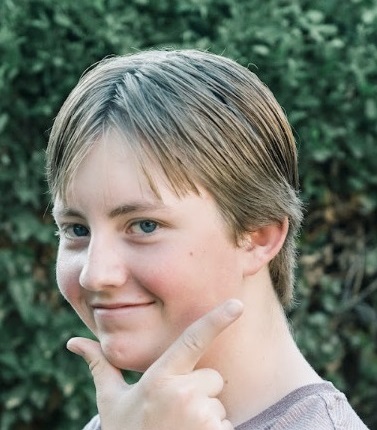 Aaron is excited to be back on stage with OMT for the second time. Aaron is a big fan of musical theater and has enjoyed starting to perform in musicals. The long delay in staging Into the Woods due to Covid only increased Aaron's anticipation and he is glad to have been given the chance to participate. Aaron was seen last year in Ragtime (newsie/ensemble) here at OMT and was most recently seen in Sweet Harmony's production of Once Upon a Mattress (knight/ensemble). When he isn't listening to and performing in musicals, Aaron enjoys spending time outdoors, reading, and recording speedruns of Hyrule Warriors: Age of Calamity where he currently holds multiple world records. 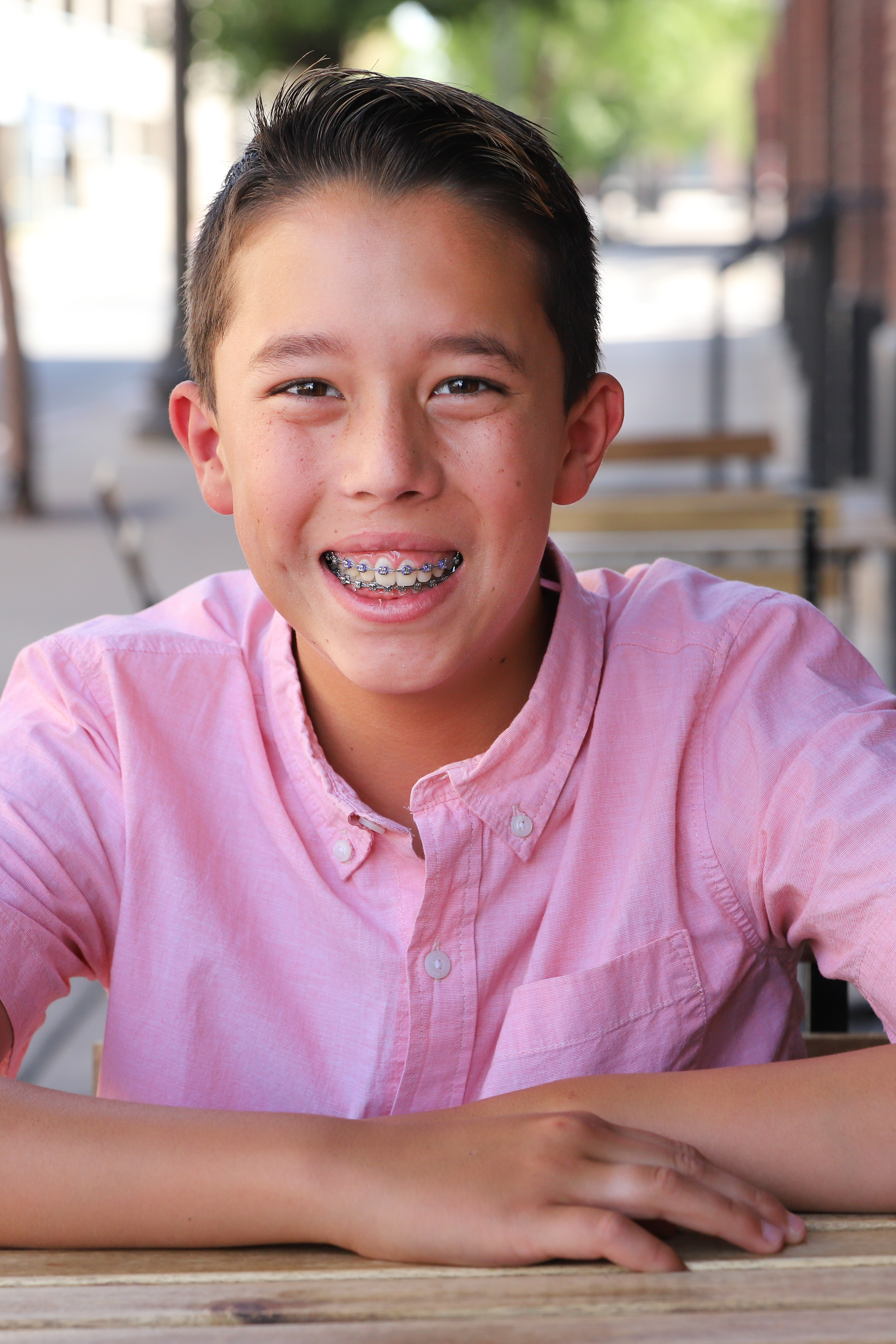 Mitchell Morgan is delighted to be performing as Narrator in his second production with OMT. Recent roles include Horton the Elephant in Seussical KIDS, and as a participant in this summer’s special performance of CAUGHT IN THE ACT – A Musical Showcase in North Ogden. Mitchell is no stranger to the entertainment world and has been singing, acting, and dancing since the age of 3. He has been a long-time member of choral groups with Kids are Music (KAM), School of the Performing Arts, as well as a past member of performing groups Showtime, Class Act, and currently Dream Team (KAM). Mitchell is a student at North Ogden Junior High and enjoys reading or cruising around on his Onewheel in his free time. 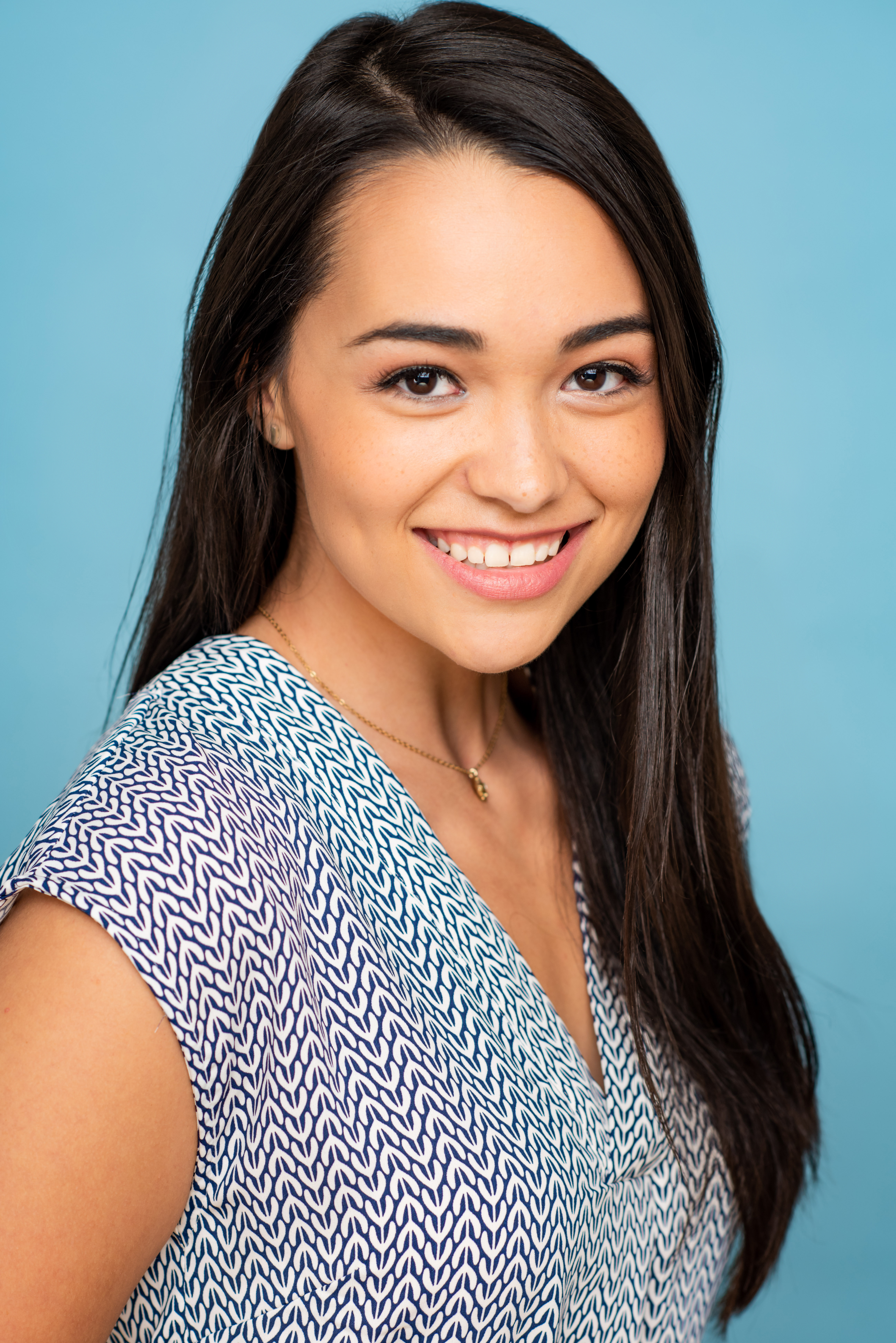 Aisha is thrilled to be back at OMT after Peter Pan, Ragtime, and the Stephen Cubed concert. Other favorite credits include West Side Story (Maria), Catch Me If You Can (Brenda Strong), and Pygmalion (Eliza Doolittle). Aisha is currently pursuing an A.S. in Interior Design and would like to thank her family, friends, and boyfriend Christian for their love and support in her creative endeavors. To all audience members, she wishes to remind that even in the darkest of times no one is alone. 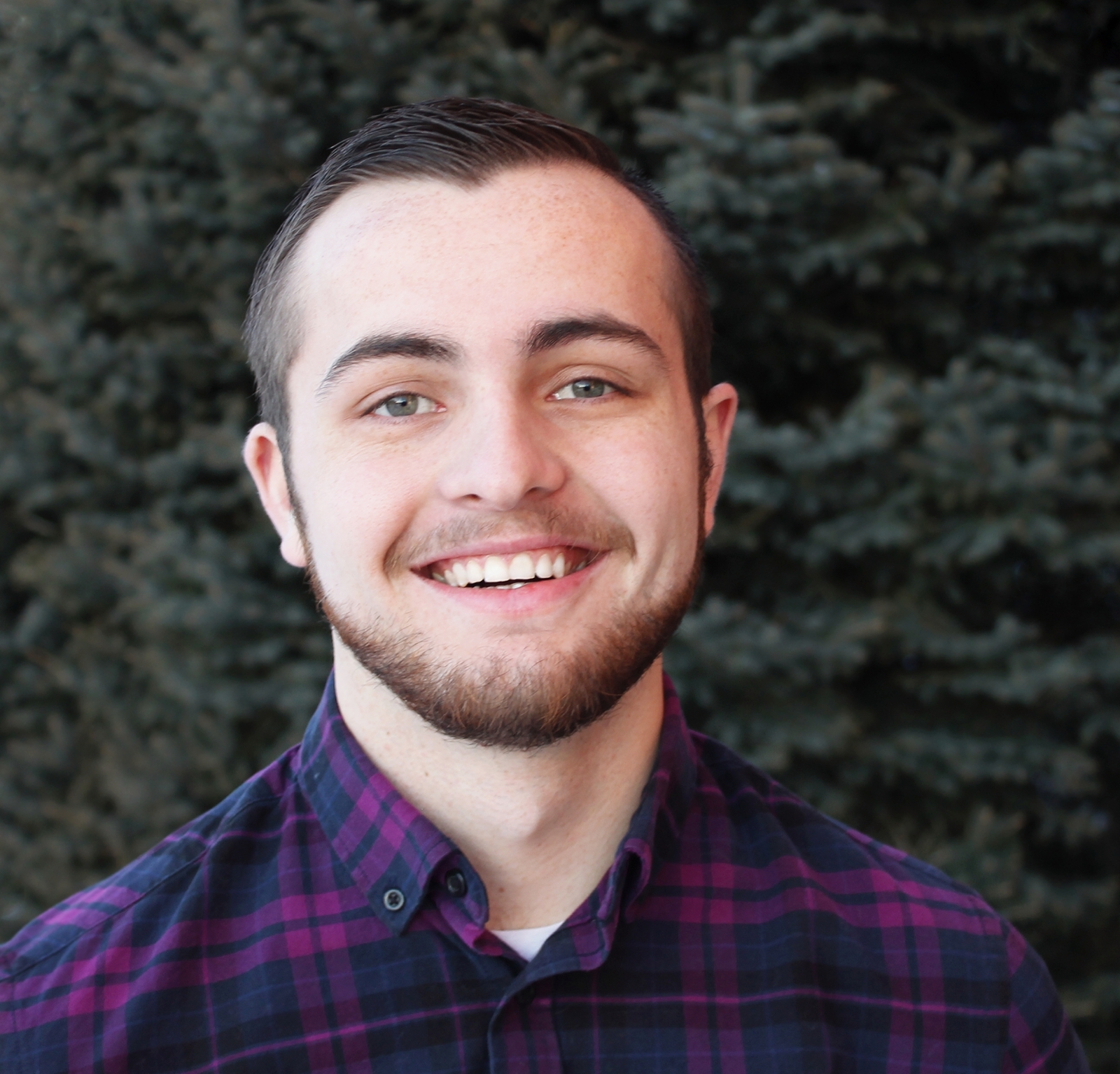 Alma is so excited to be performing at the Egyptian! He was last seen onstage in ensemble roles in Something Rotten!, as Chip Tolentino in The 25th Annual Putnam County Spelling Bee, and Lord Fancourt Babberly in Charley's Aunt. Alma wants to thank his mom Ilene and stepdad Tim for their unending love and support of him as he pursues his dreams! 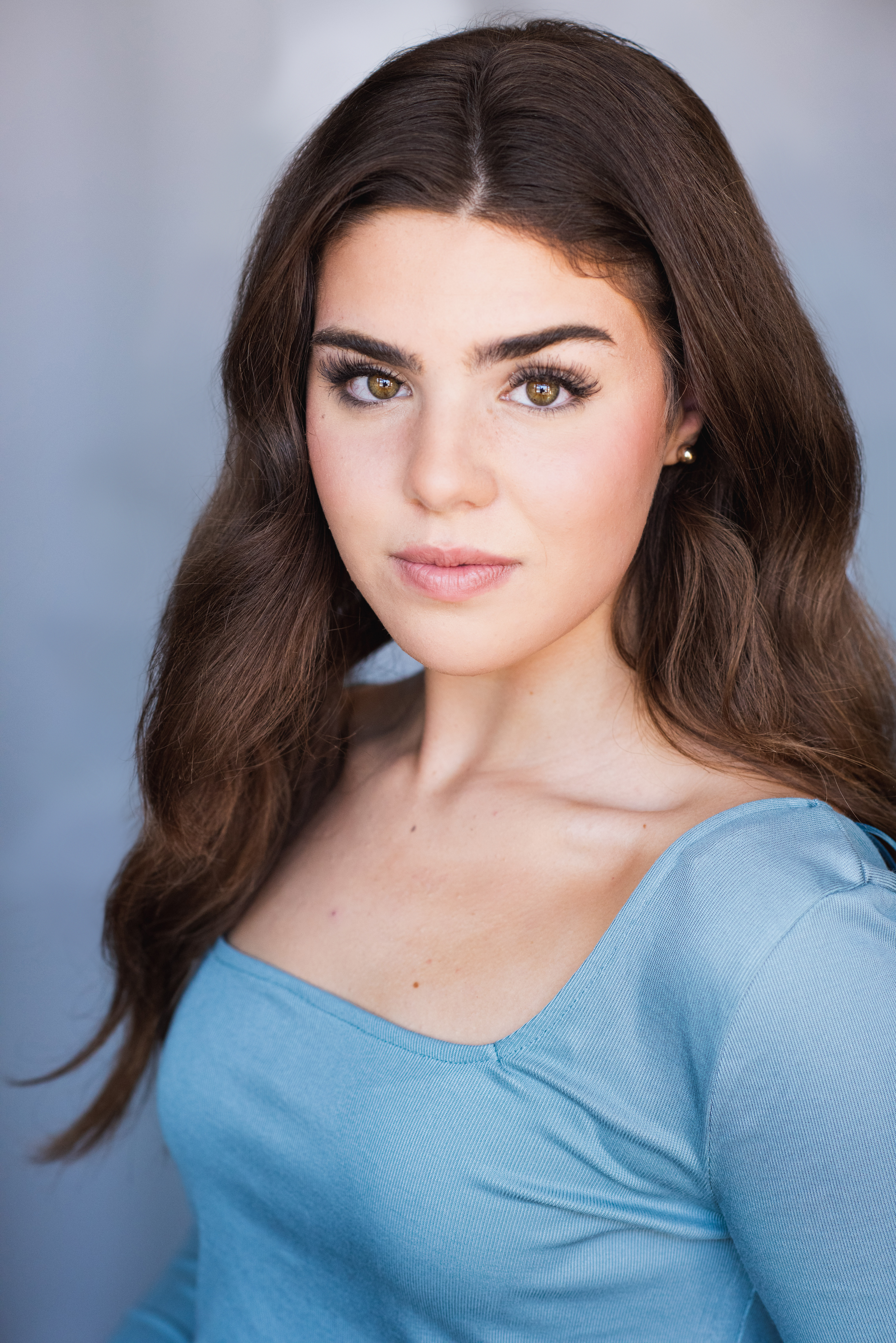 Tyler is a Sophomore at the University of Utah where she is studying Musical Theater. Her past credits include: The Music Man (Zaneeta Shinn), 42nd Street (Peggy Sawyer), and Charlie & The Chocolate Factory (Veruca Salt). She is overjoyed to be joining Ogden Musical Theater Company for the first time & she would like to thank her family for encouraging her to do so. 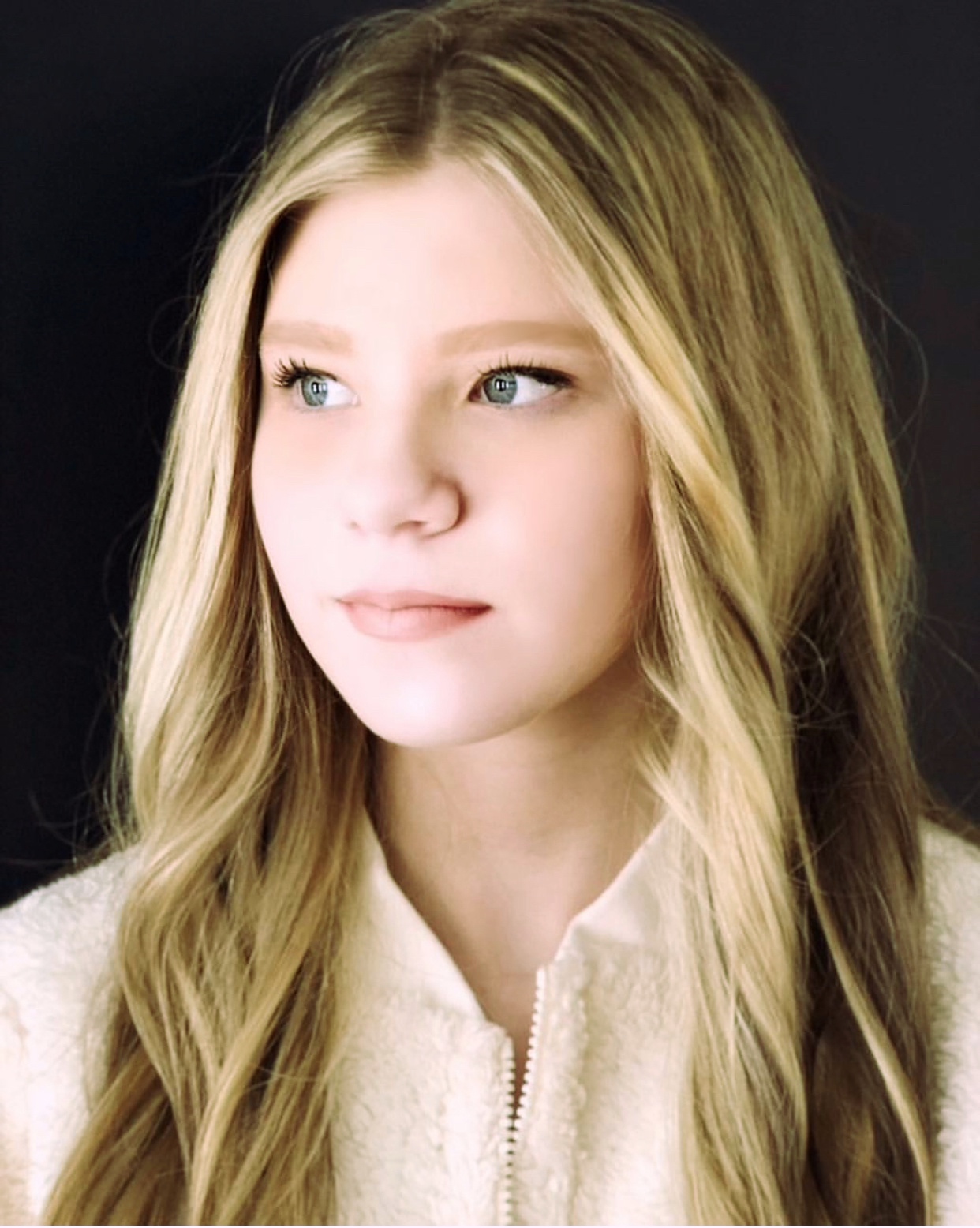 PK is honored to be in her first production with OMT at the Eccles Theater (where she made her stage debut as a four-year-old penguin in a junior production of the Nutcracker). PK has performed in dozens of shows at Ogden’s Ziegfield Theater with her favorite credits being Frozen (Elsa), Les Mis (Cosette) and Wizard of Oz (Dorothy). In addition to singing and playing the piano, PK has recently started doing theater light design and sound board. XOXOXO 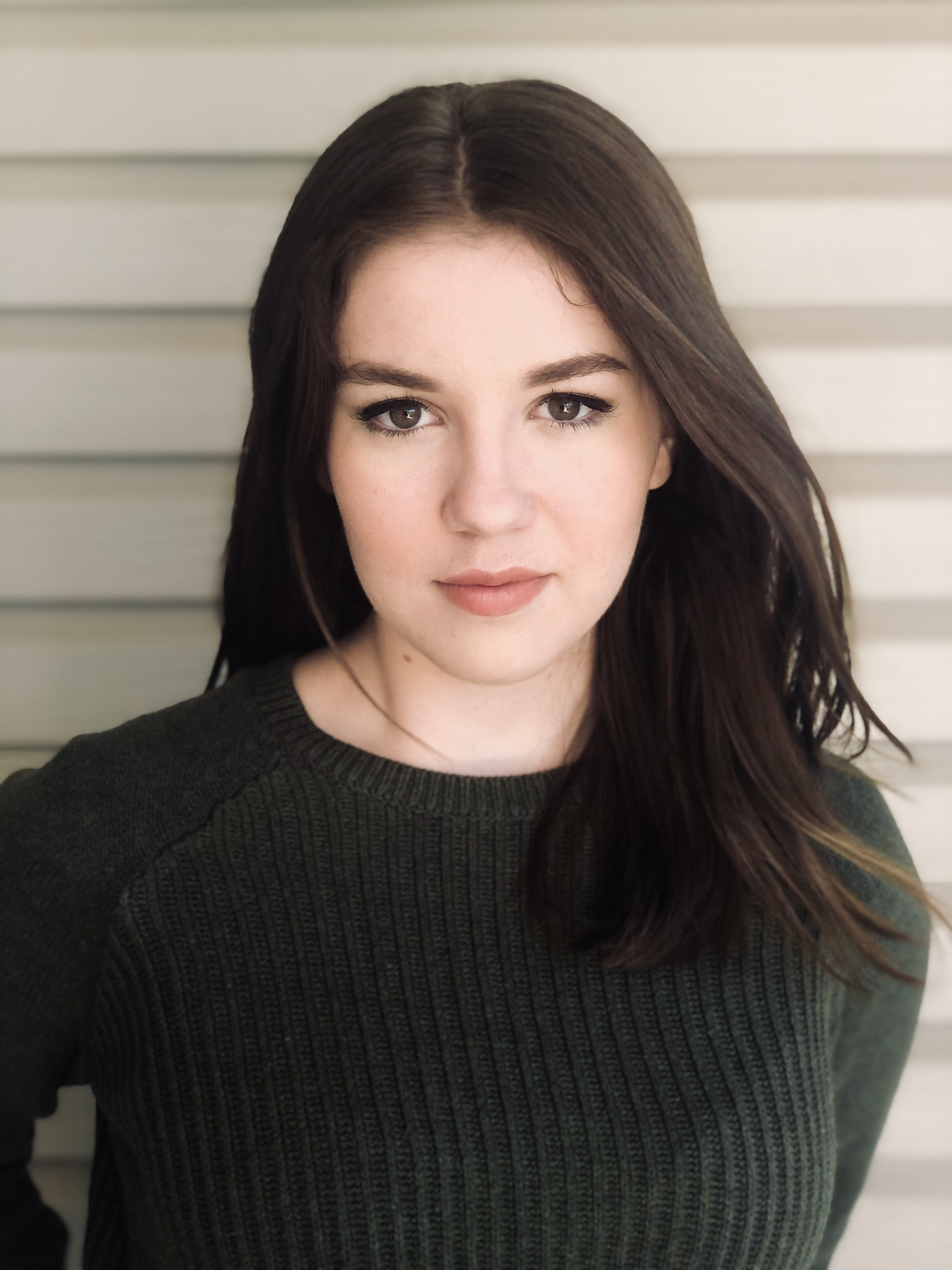 Kate is excited to be joining the Ogden Musical theatre for this production! She is a senior at the Salt Lake School of the Performing Arts. Her credits include Hello Girls (Grace Banker), Bright Star (Margo Crawford), Ruthless (Tine Denmark), The 25th Annual Putnam County Spelling Bee (Olive Ostrovsky) at Davinci Academy. She was also most recently seen in The Sister Act (Sister Mary Roberts), Matilda (Acrobat), The Addams Family (Ancestor) The Who’s Tommy (dancer) at The Ziegfeld Theater and The Egyptian Theatre in Park City. Kate was nominated as Best Actress/Supporting for three consecutive years for the High School Musical Theatre Awards. She would like to give thanks to her family for their support! 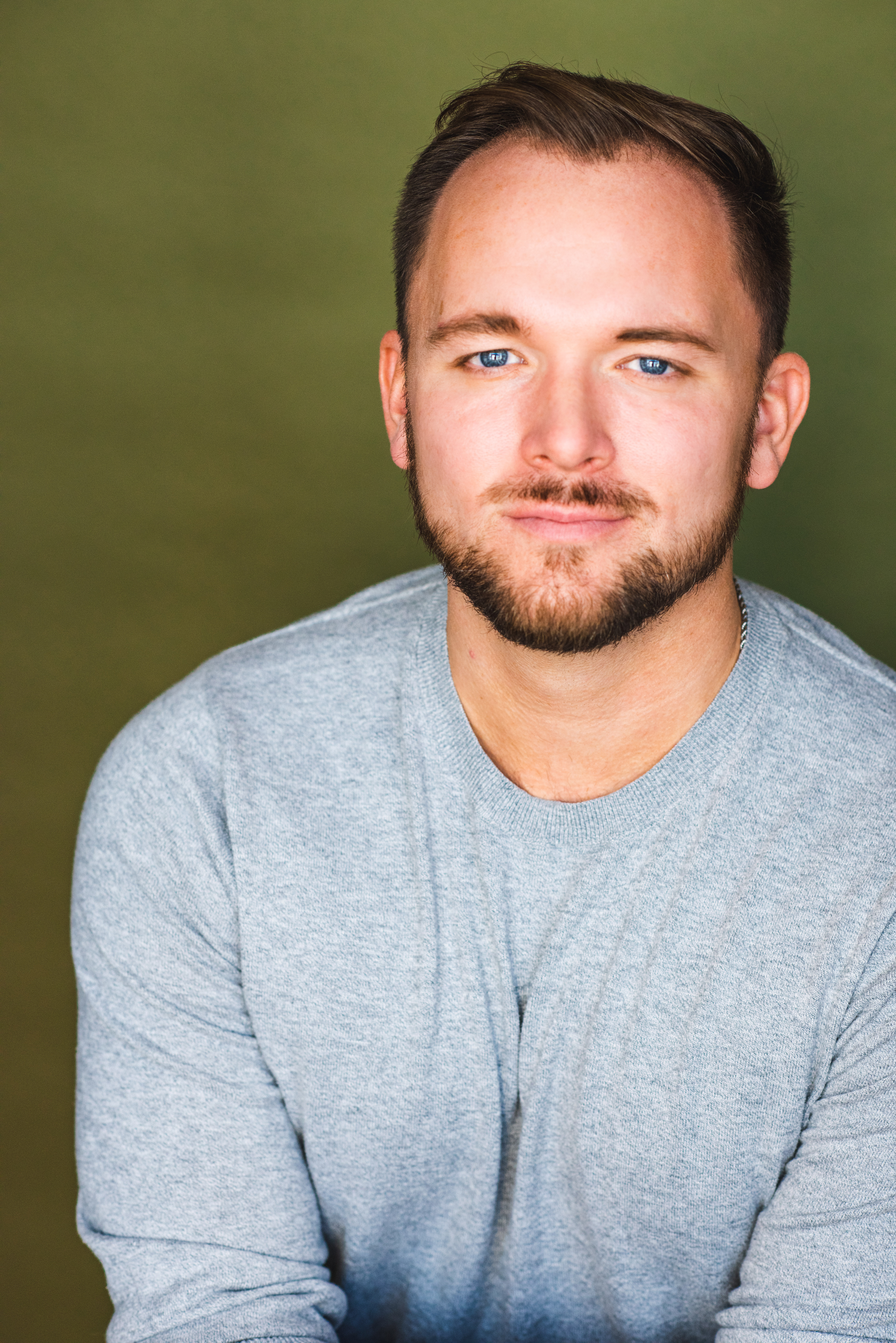 Andrew is thrilled to be joining Ogden Musical Theatre for “Into the Woods.” His favorite pastimes include hiking "into the woods" with his dog, Rocky, road trips, traveling to Hawaii and connecting with family and friends. You may recognize Andrew from TV- he formerly reported and anchored for ABC4 News in Salt Lake City, UT. "Witches can be right. Giants can be good. You decide what's right. You decide what's good." 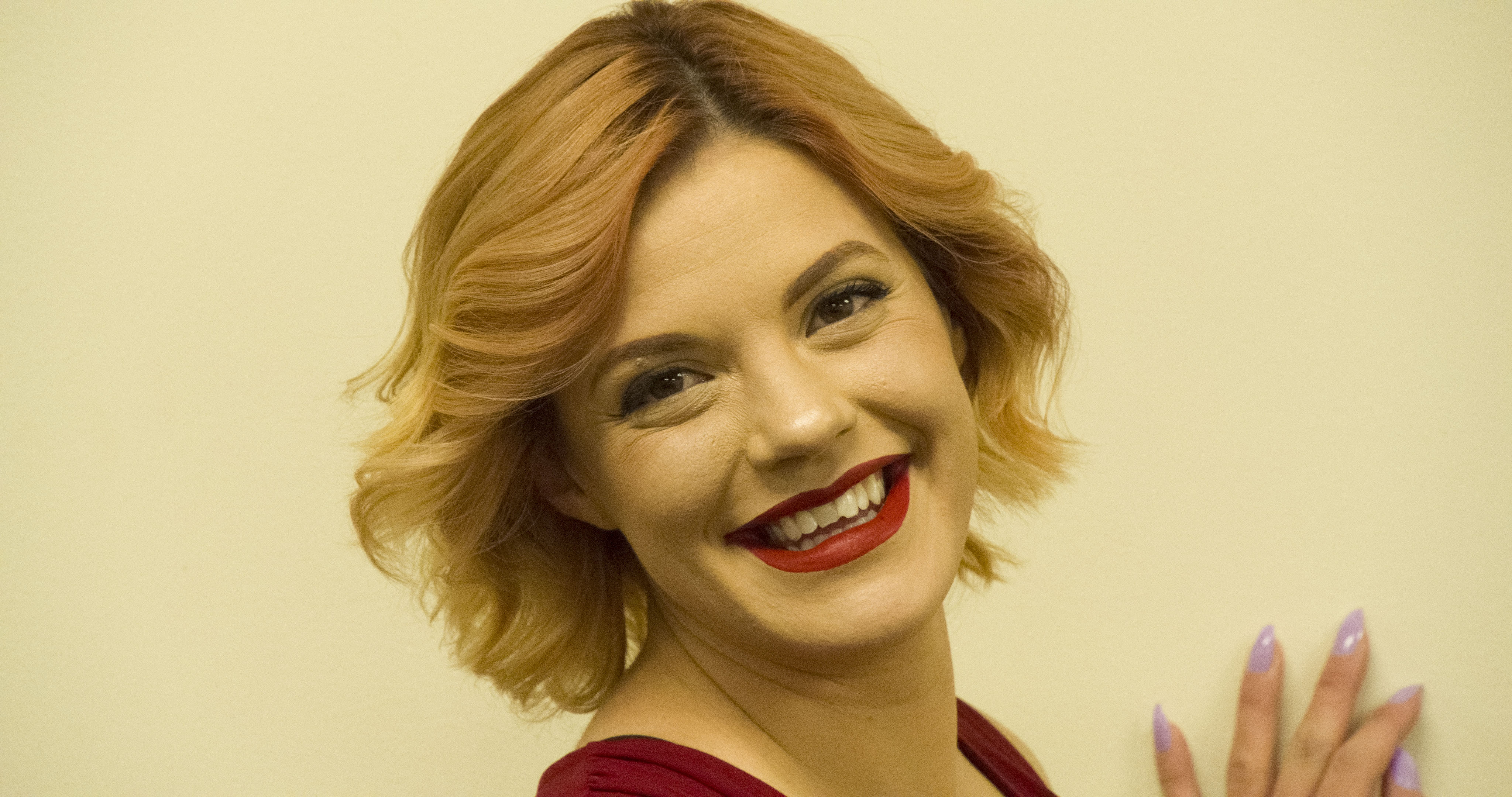